Mike shares his experience of the shopping system in France 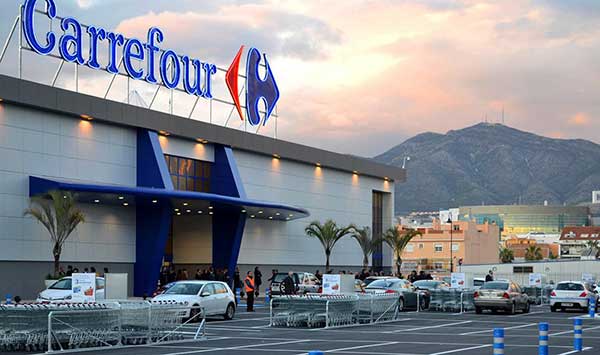 The picture of France is of small towns and villages based around the Maries office with a variety of little shops catering for everyday needs. On the outskirts where once there were open fields or woodland there is a growing trend of new retails areas supporting a number of medium to large outlets. Whilst the small enterprises cling on they are for a number of reasons diminishing at an ever quicker rate as more people go out of town to shop. But with a little bit of awareness you might find what you are looking for closer to home.

When our washing machine died we looked at the options for replacing it. We visited a few large stores to see what they had on offer and the costs as well as the delivery and installation options. Most would deliver to the door and it then became our responsibility to get it into the house and then install it. The old one was our responsibility regarding disposal. None of the sales teams in the large stores inspired much confidence or enthusiasm in selling us a new product. Then we remembered that in the past we had used a family run electrical goods shop in the village, so we called in. There was a reasonable selection of popular makes and models including the washing machine we were favouring. How much? Well it was exactly the same price as the ones in the big stores. Then the little store added that they would deliver and install the machine as well as take the old one away which was all included in the price. We ordered and paid for a machine which was delivered in its factory packaging and installed the following morning. The packaging and the old machine were taken away. There was even a run through on how the machine worked.

You can also find hidden away in France the old style DIY shop. We have one close by and they have a stock that defies description. Want one or two screws then that is what you can buy. Take in an example of what you are looking for and there is a moment pondering before a knowing nod and a search amongst the drawers, boxes and shelves will generally reveal the item. Then a search through the unique pricing list system to find the cost for which only cash or cheque can be accepted. In ten years I can only recall one time when the owner did not have what I was looking for but then neither did the big DIY stores.

In resent times the ‘pound’ style shops have made an appearance and whilst not in the big store category they are found amongst other retail outlets. They offer bargains, of course you get what you pay for, and they do sell out quickly of the more popular brands. Then there are the retail areas which is a combination of big stores and medium sized ones selling a variety of goods and services along with eating places. They offer plenty of car parking and are popular to those who are mobile.

So it is a sad fact that many of the little shops in towns and villages are in decline because they cannot carry the variety or volume of goods that the larger stores can which are also occupying retail areas on the outskirts of towns and cities. It means that people who are less mobile use the local services whilst the growing population of those who are mobile – visiting the retail areas is becoming the norm. It would appear that the bakers and butchers are the mainstay of little shops along with mini supermarkets in larger villages and small towns. There may be a pharmacy and a café and in fairness there are still many little shops fighting to keep going but a limited footfall does not help. So the traditional village based around its essential shops are changing and empty and abandoned shops are becoming more noticeable.