Christina's story of retiring to Spain in 2002. 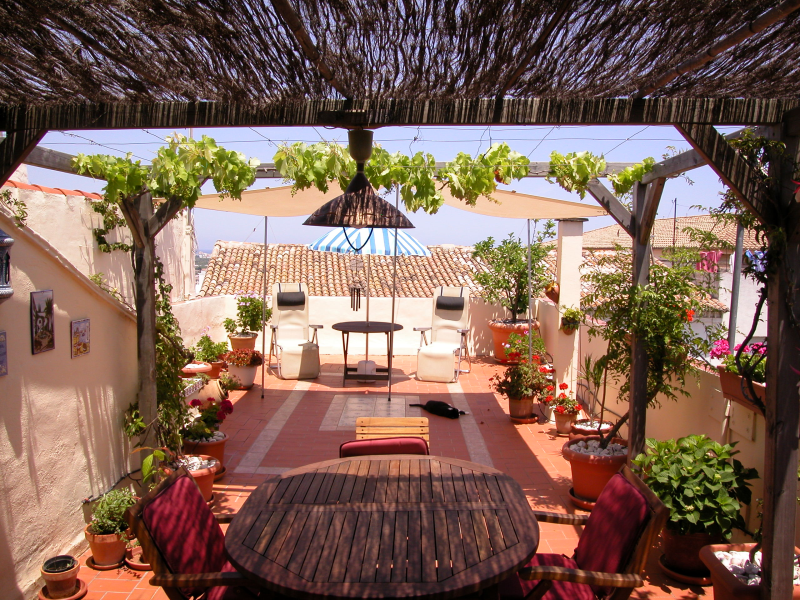 We retired in 2002 and moved to Cataluña, renting for a couple of years to see if the life and a property in Spain suited us. It certainly did, but Cataluña didn’t, with its cold windy winters, excessive nationalism and Barcelona prices. So in 2005 we decided to move further south, drawing a line at Denia, since after that point the coast becomes very built up and touristy.

We wanted a ‘proper’ Spanish working town, on the coast but not authentic, and we were fortunate to find Oliva, which ticked all the boxes. Although it has a sizeable non-Spanish population, the expats are well integrated into the town and welcomed by the local people, particularly for the extra income they bring and for their passion for restoring the lovely old stone houses.

The house buying process was relatively easy, we had an independent English speaking Spanish lawyer to whom we gave power of attorney, we put down a deposit and went away, returning to move into the house, where the estate agent had already taken delivery of our furniture and belongings. The only mistake was to do this in August, which is too hot to be moving house! I recall decorating with sweat running down my face and arms and dripping into the paint tin, I had to wear head and wrist bands like a tennis player! Initially we slept on a mattress on the roof terrace until the air conditioning was installed.

The costs of purchasing a property are high, with IVA (VAT) on new property or stamp duty on resale property at around 10%, plus notary fees, land registry etc. This will vary from province to province, and needs to be known in advance. Your lawyer will advise, and you should choose your own lawyer, not the one associated with the estate agent.

We have never regretted our move; we have had a great time living in Oliva, made many friends and enjoyed the climate to the full. We have the beach in the summer, the mountains for walking in the winter, many fiestas, clean air, and good fresh food.

Brexit was a worry initially but we are reasonably confident about the reciprocal arrangements that are being made, and it would be sensible for anybody contemplating retirement in Spain to get here before Brexit to establish residency and have all the associated benefits.

There used to be a tourist slogan that said ‘Spain is different’ and is certainly is, rather more so than many people realise, but for us in a good way. Most people work to live, not live to work, and any excuse for a day off is welcomed. A fiesta on a Tuesday or Thursday invariably means a day off in between, on Monday or Friday. This can be frustrating at first. Also the hours are strange, with shops shutting from two pm until four or five pm and then staying open until eight pm. People eat later, lunch around two thirty pm, dinner often at ten pm or later. This takes a bit of getting used to. Eating out is normal; the café bars are full of people having breakfast mid-morning. Life goes on in the streets and Spain is a noisy country. If you need tranquillity, look for somewhere in the countryside!

The pros definitely outweigh the cons. Top five tips for avoiding problems:
1. Rent for at least three months in your chosen area, to get a feel for the best locations
2. Have an independent lawyer
3. Don’t move in June, July or August
4. Accept that `Spain is different’, enjoy the difference, don’t resent it
5. Learn the language