In rural France there is no local public bus/coach service 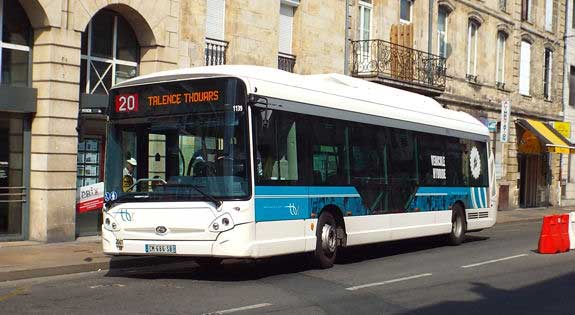 Most coaches you will see are for transporting school children from their home to and from school. This means that those planning to buy a property in rural France should bear in mind the simple question. What happens if I you are unable to drive? The simple answer is that you would have to rely on others to transport you or use a taxi. So why the lack of public transport? Again it is down to the sparse populations of people who would use such a service and the long distances to be travelled. With good and uncrowded roads and plenty of parking the car is the dominant mode of transport but there is one consideration to consider which is often overlooked.

We know couples who have purchased a get away from it all property in a remote or semi remote location but only one of them drives. Everything is fine until the driver is incapacitated for whatever reason and cannot drive. Knowing people who have been in this situation it is evident that it can become life changing because the bottom line is how do you do the basics such as shopping. There might be help at hand from friends but that only has a limited time frame before help becomes a chore for them.

When we moved to France we were mobile, both could drive and we had two vehicles. Having said that we looked ahead to a scenario where only one could drive and have less inclination to drive longer distances. There might be medical conditions that curtail ease of movement. We looked into the crystal ball and considered the implications. Could we get to a doctor and a pharmacy. What about basic food stuffs. All were considered when looking for a property knowing that there was no public bus/coach transport.

We would always advise people to examine their situation and ask the question, what if one or both of us could not drive? It is most likely that if two people drive only one would be incapacitated, meaning that the other person can take over driving duties. However, if only one of the couple was able to drive and they became incapacitated then that is a different matter. We certainly found an air of ‘it won’t happen to us’ and ‘we’ll cross that bridge when we get to it.’ This is fine sentiment but if the problem is long term and your property is remote you might have a long wait for a buyer. So it’s always worth doing the "what if" test.

Trains are good value and reliable but generally operate through larger towns and cities. Like the road system the trains generally operate from the central hub of Paris on a sort of north south axis with a few trains making cross country east/west journeys. So if you are in Limoges and want to travel to the Cote D'Azur it would mean getting a train to Paris which means travelling north and then get a train to travel south to the south of France.

Trains have first and standard class seating and from experience we have often found a first class seat for a couple of Euros extra and in a number cases discovered that first class seats were cheaper than the standard seat. For the most part railway staff are helpful but may might not have much English and there is always a walk through refreshment trolley on the longer journeys. We have noticed that in recent times the ambitious time-tables have been modified with less trains or less stops. In general trains are very good value and reliable, remember to book in advance as it is not always possible to turn up at the station for the longer journeys and buy a ticket for the next train.