Mark's move from the West Midlands to Spain 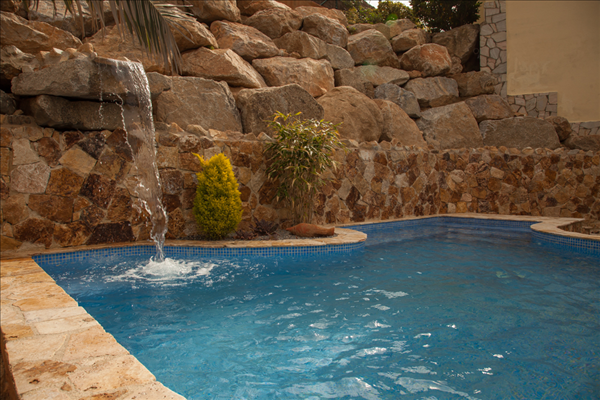 Imagine the industrial West Midlands in the U.K. with it’s smoke, industry, choking traffic congestion, pollution, noise and its hectic pace of life. Now forget it!... because the move we made to Calonge in 2001 couldn’t have been a bigger contrast.

Being self-employed, I eventually realised that I could work either from the U.K. or from Spain. So my wife and I took a deep breath and plunged into the Costa Brava. We bought a property in Spain and we don’t regret it for a moment. The villa was already almost built when we first saw it in August 2000, and we were immediately captivated by its outlook over the verdant tree and rock-covered Gavarres Mountains, and perfectly positioned for a tantalising glimpse of the Mediterranean (less than 10 minutes drive away) from every room.

Moving from a 3 bedroomed house in the U.K. to a 3 bedroomed villa in Catalunya gave us a completely new outlook on life. Our Spanish villa has a spacious en-suite bathroom with a double washbasin and the kitchen / lounge-dining room is open-plan, meaning that we can and do live mostly on the ground floor. There is a master house bathroom on the upper floor with a further two bedrooms and it immediately struck us that, as well as having guests, the house could virtually be divided into two units if required. Some of our neighbours have, in fact converted their integral garage into either a further bedroom or else a kitchen, giving the two storeys complete independence. I should mention that no two villas on the development are identical and all are well spaced apart, affording excellent privacy and individuality.

If you’re not a particularly keen gardener, the grounds will give you no problems since much of the plot is steeping sloping downwards from the house. We decided to leave it to nature rather than develop it into gardens which would have been difficult to reach. So we decided on having a rock garden and planting it with annual flowers, evergreen shrubs and plants which are now mature and need little tending apart from an occasional "haircut."

Our swimming pool, which was constructed only five years ago, is attractively shaped and has a feature cascade which is particularly appealing to children and those who don’t mind getting wet while sitting down on a bench on the edge of the pool! There’s also a date palm and a shade-giving camphor tree overlooking the pool terrace.

But more than the house, set on it’s unique multi-national development, which used to be a series of stepped vineyards, the whole experience of living in this corner of Spain has brought us so much more joy than we could have imagined.

Whilst the development is multi-national, with an emphasis on Catalans, Spanish, French, Germans, British, Dutch, Belgians and Swiss, the small town of Calonge is very much as it was centuries ago, inhabited by local Catalans whose ancestors were mainly farmers, fishermen or workers in the cork industry, for which the area is still known. And despite being non-Catalan speaking foreigners, we are always warmly greeted in the streets where we are now on first name terms with many of the locals, especially the more senior ones!Whilst we pace ourselves on the number of times we eat out, it’s not for want of choice. If you include Calonge, its seafront neighbour St. Antoni, the surrounding larger towns of Palamos and Platja D’Aro (within a 10 minute drive), there are literally hundreds of restaurants, cafes, bistros, and bars specialising in local and international cuisine. And within the same radius, apart from a still larger selection of sandy beaches, are shops, supermarkets, doctors, dentists, schools and, should you need it, one of the best regional hospitals in Catalunya. Add a very few kilometres more and you’ll find international golf courses, and the medieval city of Girona, just 30 minutes drive away.

So whether you're looking for a property for sale in Spain to move to full-time, to escape from your everyday surroundings for holidays, or rent out for investment income, you will not only find our villa and its surroundings to be truly beautiful, but you will also be welcomed with open arms to this little tucked away jewel on the Costa Brava.