The Sicily of Inspector Montalbano 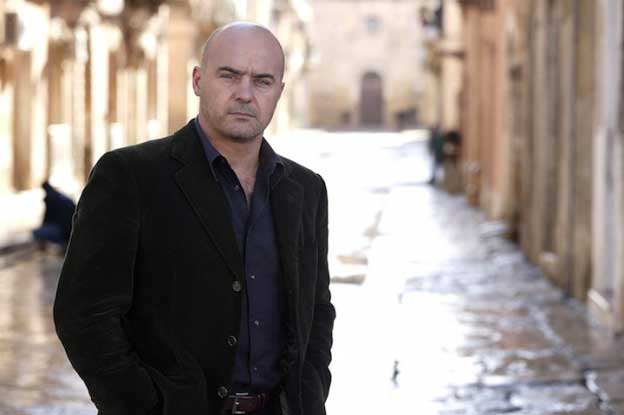 Fans of Andrea Camilleri’s famous detective Inspector Salvo Montalbano, and there are many, would love to trace the footsteps of their hero across the landscape of southern Sicily but where is Vigata where the Inspector lives, loves, eats and of course catches the bad guys.

Vigata is a fictional town that has changed places between the writing of the books and the filming of the television series. Originally Camilleri envisaged Vigata to be his hometown of Porto Empedocle near the town of Agrigento. However for the filming Vigata was moved to the prettier area of Ragusa in the South East.

The films locations are however scattered over quite an area.

Marinella where Montalbano lives in his seafront home and where he can step out of his backdoor onto the beach for his morning swim is in fact the village of Punta Secca. The house used for filming is now a B&B located off of Piazza Montalbano!

The Police Station in Vigata where the team of Salvo, Mimi, Fazio and not forgetting Catarella interview their suspects is the town Hall in Scicli in the street of Via Mormino Penna. When Montalbano is summonsed to meet his superiors in the regional police HQ in the town of Montelusa he actually just walks just down the road to the Palazzo Iacono.

Most of the scenes involving moving around Vigata are actually shot in either Ragusa Ibla or Modica, both towns rebuilt after the 1693 earthquake in the glorious baroque style. Photogenic enough for any TV series and well worth a visit as part of the tour. Salvos favourite restaurant, “Trattoria San Calogero", where he regularly enjoys his antipasto di mare is in reality Trattoria La Rusticana in Ragusa.

The Inspector’s recurring enemy, the Mafia boss Balduccio Sinagra, is portrayed as living in the Castle di'Donnafugata a 19th century baronial home that is now a museum, with period furnishings, a costume gallery and gardens, another item for the tour itinerary. The beaches of Donnalucata and Sampieri, south of Scicli, and considered some of the best in Sicily are also well represented in the series.