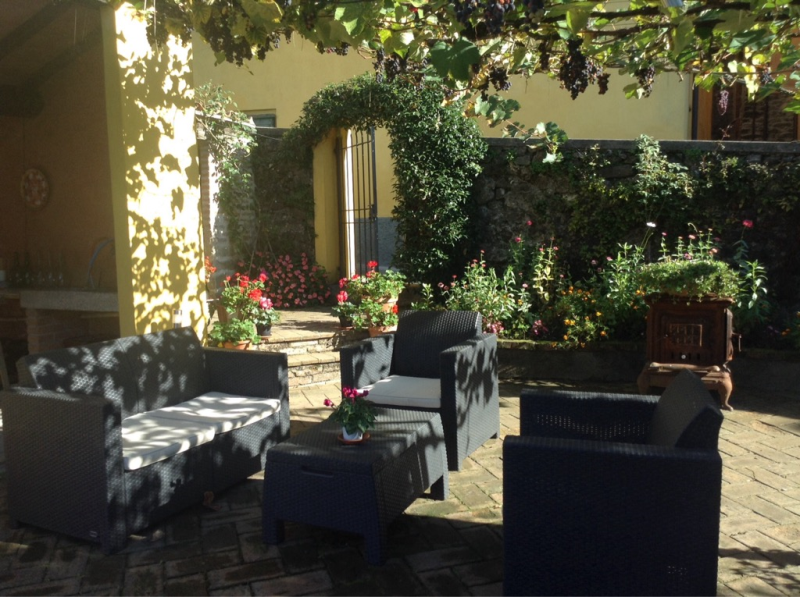 One of the most interesting traditions we found when we moved to Tuscany was that of the "Sagra". Throughout Italy local communities, no matter how small, have a calendar of Sagre, which are traditional outdoor communal feasts.

We brought a property in Italy and moved to the beautiful medieval town of Barga, in the Province of Lucca, just north of Pisa, 15 years ago, and have been involved ever since in the local Sagre, which are organised by local charitable groups.

The first we encountered was the "Cena in Vignola" in July, which is held in the vineyard attached to the Duomo (Cathedral). Organised by, and raising funds for, the group of bellringers responsible for ringing the 3 great bells of the Duomo, and those of the smaller churches in the Comune. In the terraced Vignola, below the Duomo, under the grapevines there are set out trestle tables and seating for 2-300 people and for 3 weeks every evening they are filled with local families and visitors to feast on platters of local cheeses, prosciutto, pasta dishes, porchetta, roast meats all washed down with simple local wine. 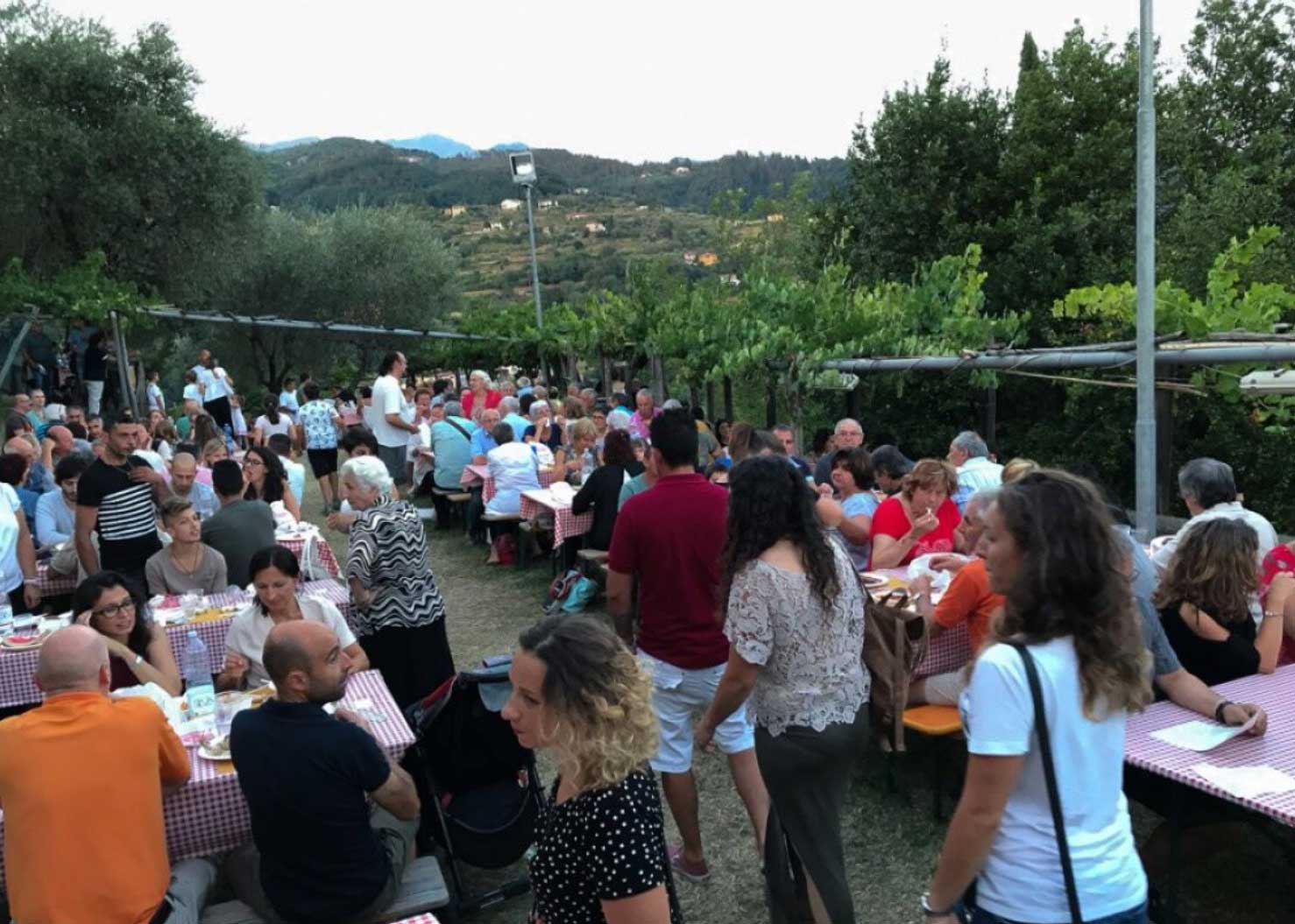 There are other Sagre in Barga through the year, including the now famous "Sagra del pesce e patate", the Fish and Chip Festival, in honour of the Italian families who emigrated in the 19th century to a new life in Scotland, where many opened fish and chip restaurants and ice cream parlours. The Sagra takes place in the local football stadium where, each evening, upwards of 500 local people and visitors are served a feast by the children of the local youth football club, together with their parents and grandparents.

On a smaller scale at Pegnana, a tiny community of only a dozen houses in the hills above Barga, there is in October a Sagra della Castagna, the sweet chestnuts for which the area is renowned. Chestnuts are roasted on open wood fires, meat is grilled and chestnut flour desserts are baked, and local residents eat at tables set among the chestnut trees.

Throughout the year different communities hold various Sagre, dedicated to different specialities and all to raise money for local charity.

The Sagre provide entertainment, raise money and help maintain a thriving community spirit in all the people of the area.