A city guide. The four faces of Valencia. 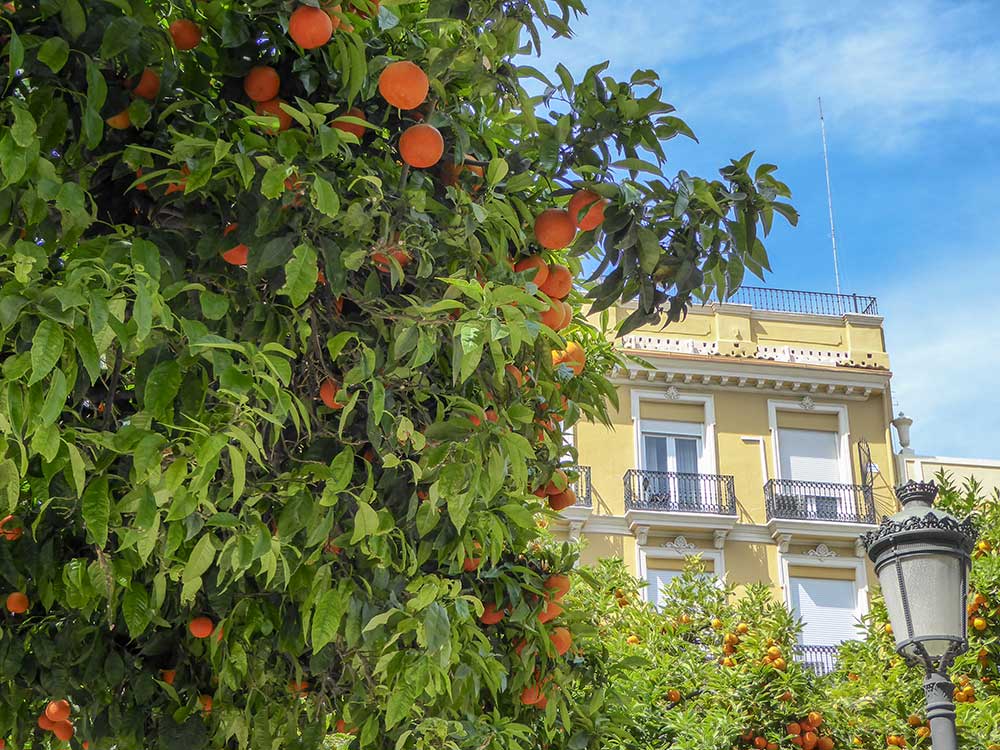 Orange trees and architecture in the Valencia Old Town

Steering your car through Valencia’s evening commute provides all the machismo, perspiration and high drama of the bullring, fuelled by big-city adrenalin. Multi-lane one-way systems hurry you past magnificent civic buildings and frothy stone fountains. In the gaps between ducal palaces and florid Art Nouveau apartments gleam towers of sheer glass and steel.
Ancient Romans, Visigoths, Moors and anti-Franco Republicans have all helped to shape 21st century Valencia, Spain’s third largest city with around 800,000 inhabitants. Still a major port, Valenica is situated on Spain’s southeastern coast.

A City for the Senses 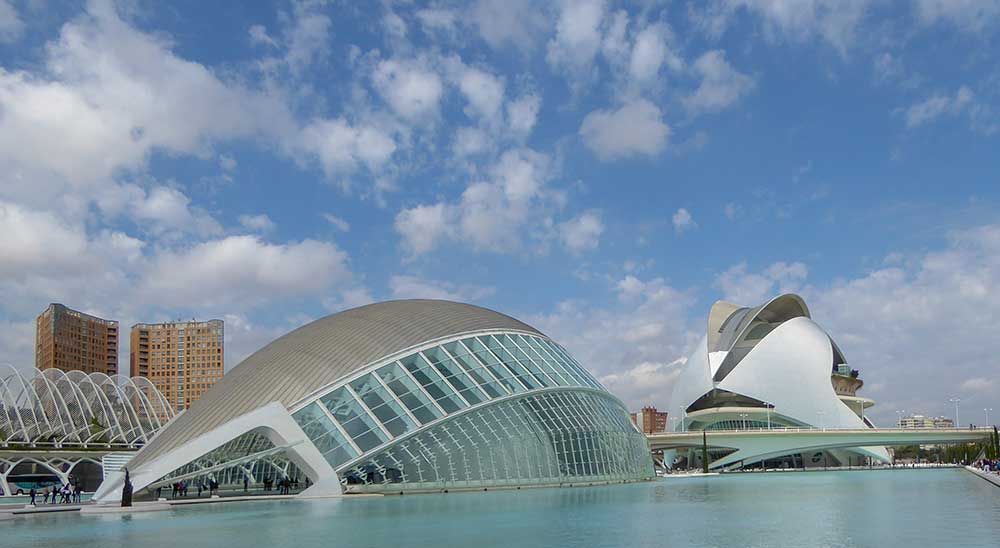 The futuristic City of Arts and Sciences

Arty and proud of it, Valencia boasts dozens of theatres, galleries and museums for its population of around 800,000. It's Spanish properties and architecture are stunning. It’s a city that knows how to relax, too. There are over 30 gardens and municipal parks, including the million or so square metres of the Turia. Once the city’s mighty river, a devastating flood in 1957 altered its course. The old riverbed was re-engineered as a seemingly endless garden and recreation space, a broad emerald ribbon entwining old and new as it undulates through the city.
Valencia is dignified, sophisticated and irreverent by turns. A large student population, and the shops, meeting and eating places that cater for them offer a lively contrast to mediaeval basilicas and monumental public buildings—wedding cakes made from pale stone. But with all it has to offer, Valencia feels fresh, not jaded. It’s as delighted with its newfound cool as you will be, and the urban buzz is tempered with a small town friendliness.

The Four Faces of Valencia

Broadly speaking, you can enjoy four distinct faces of the city. Valencia’s old quarter, bounded by the Turia, Calle Xativa and Calle Colon has the Cathedral, Basilica, traditional markets and other places of interest, plus a wide choice of bars and restaurants - more than enough for a pleasant weekend.
The University campus area also contains the most beautiful gardens and cutting-edge architecture. Cánovas is all bourgeois charm, splendid homes and the most expensive shopping and eating in town. Or there’s maritime Valencia: walk along the Avenida del Puerto, lined with traditional seafood restaurants and scan the horizon from three different beaches.

A City of Contrasts

With excellent bus and metro systems, reasonably cheap taxis and even a tram service, my partner Fred and I found getting round Valencia easier and more fun without a car. But whether you are on foot, on two wheels or four – visit Valencia soon.
You might find yourselves wondering what life would be like in a restored fisherman’s cottage in beachside Cabanyal… a quirky Old Town apartment handy for daily strolls to the central market…or a glass and chrome mini-palace near the futuristic City of Arts and Sciences. Valencia’s effortless blending of ancient and avant garde makes it the kind of city you want it to be.