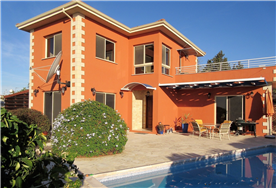 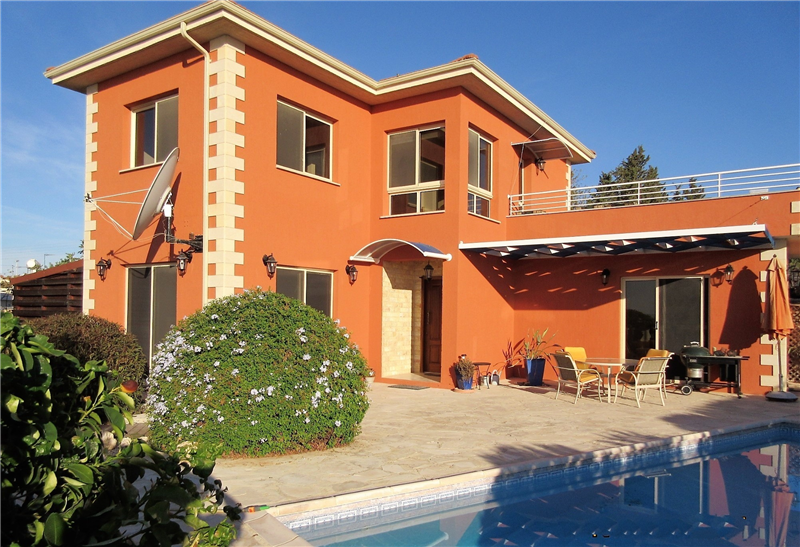 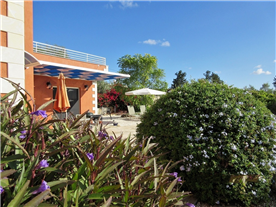 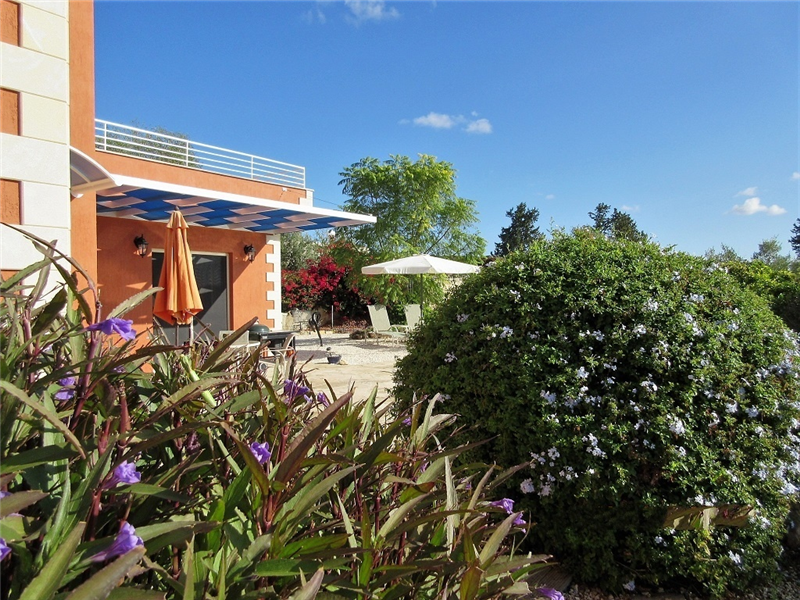 View across patio to roof garden 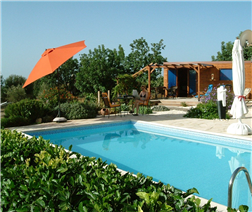 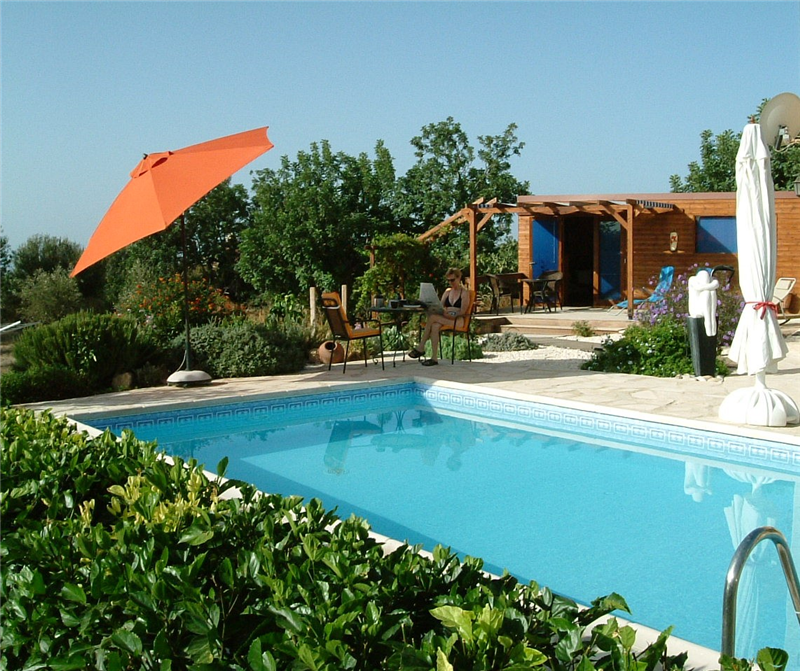 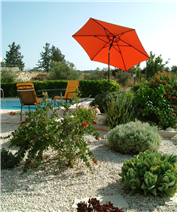 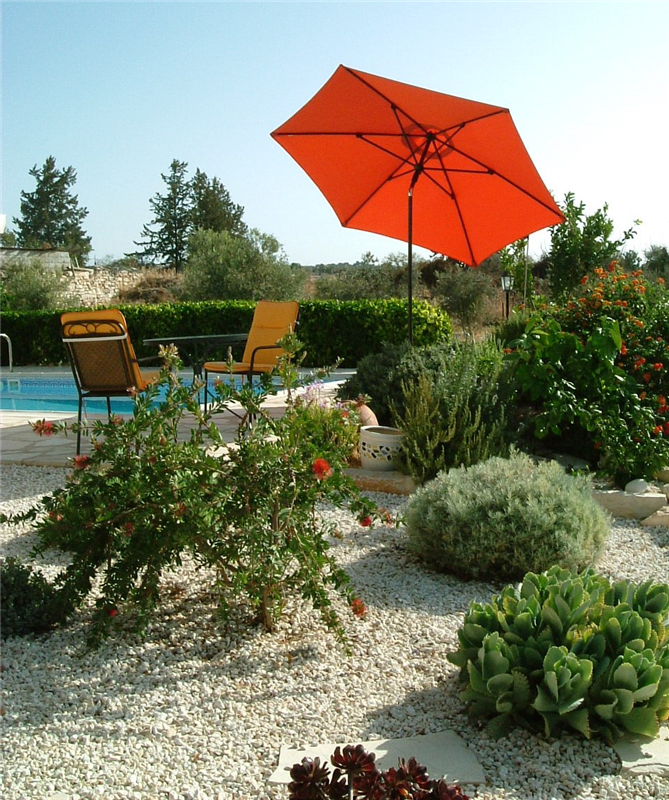 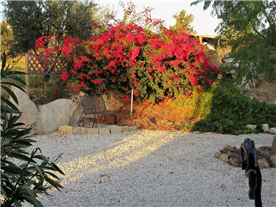 A splash of local colour 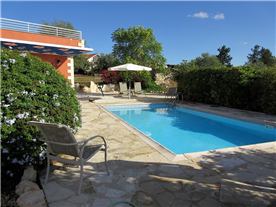 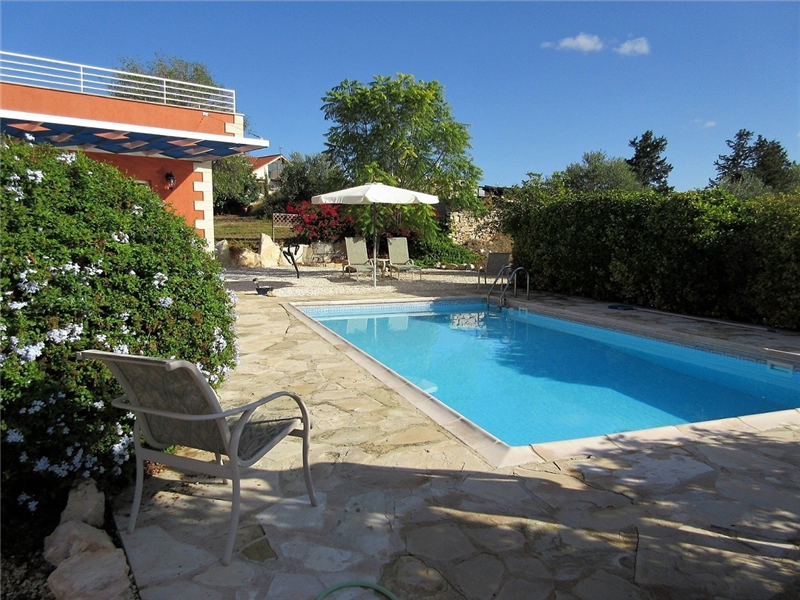 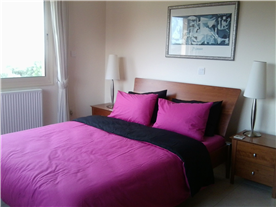 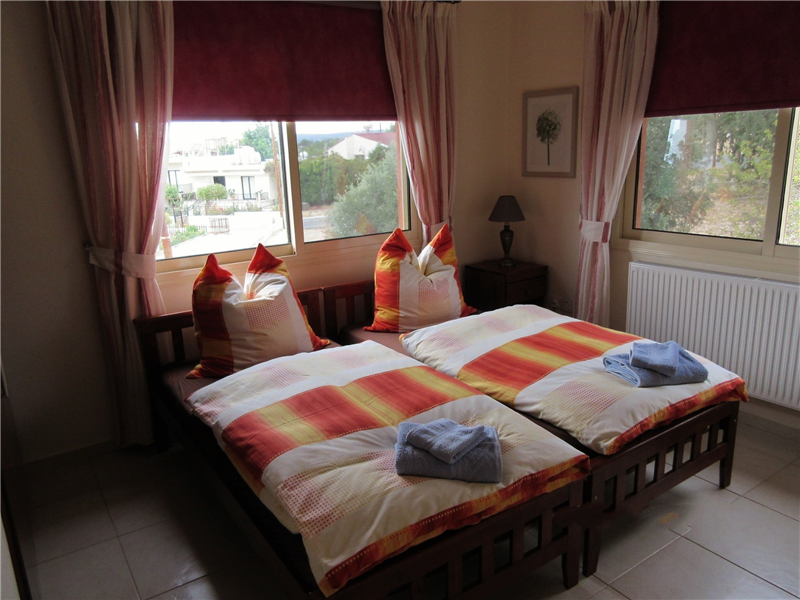 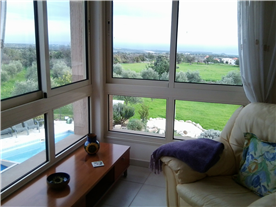 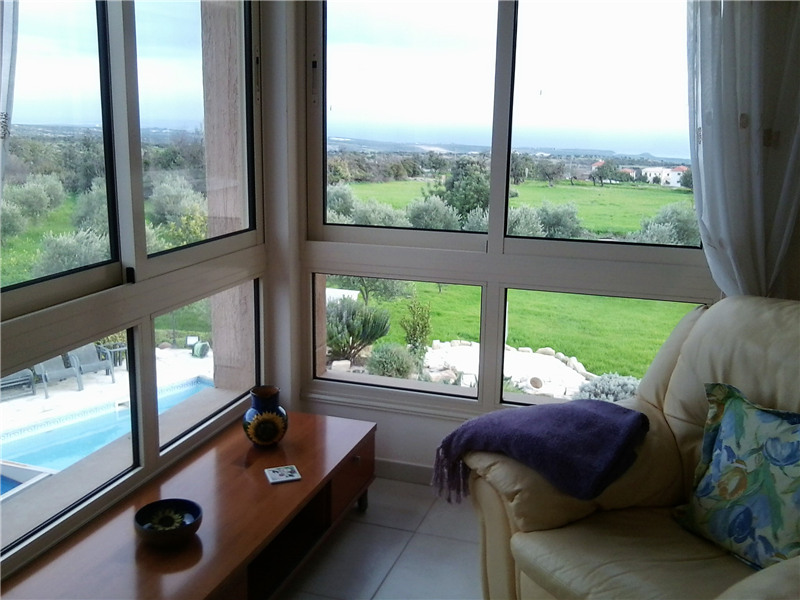 Corner with a view 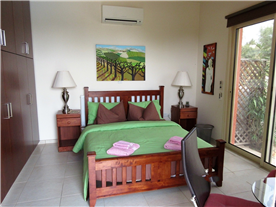 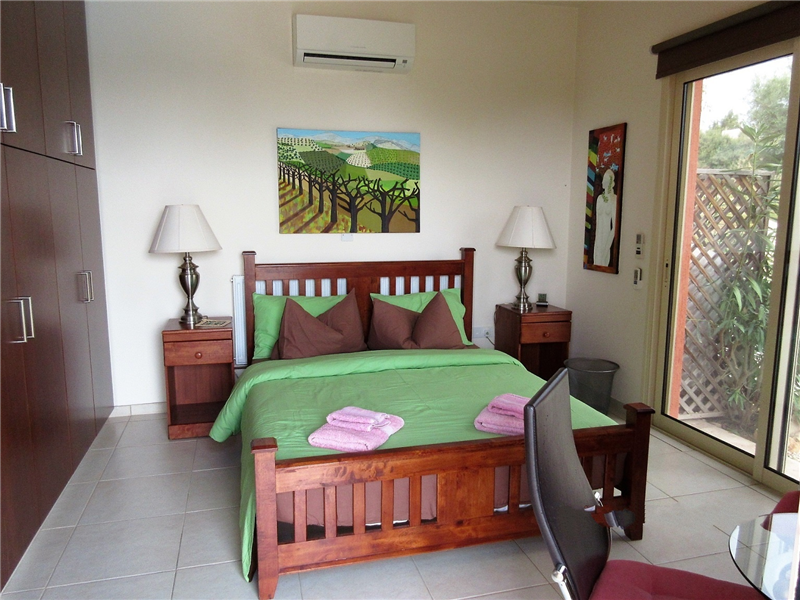 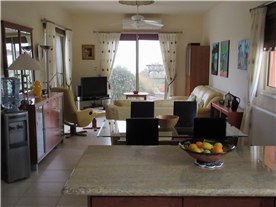 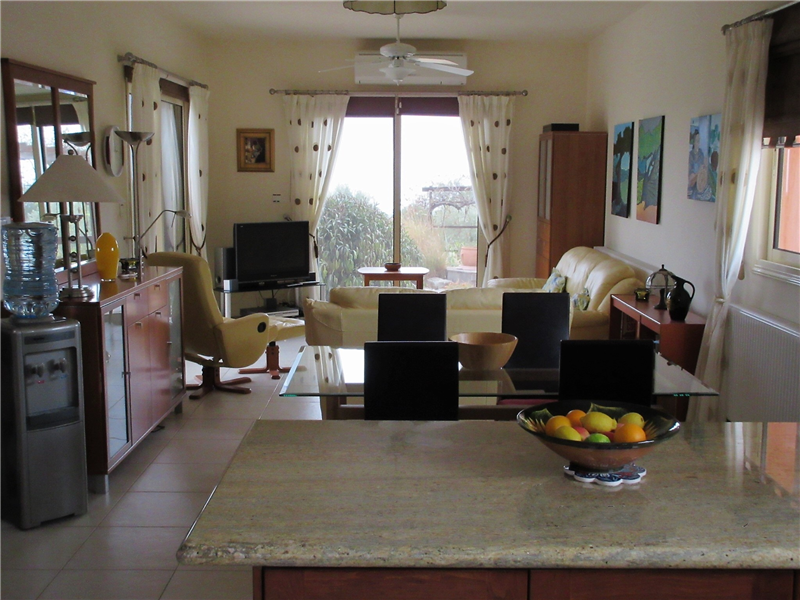 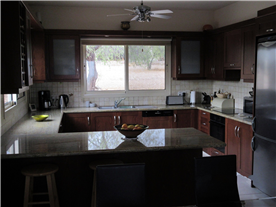 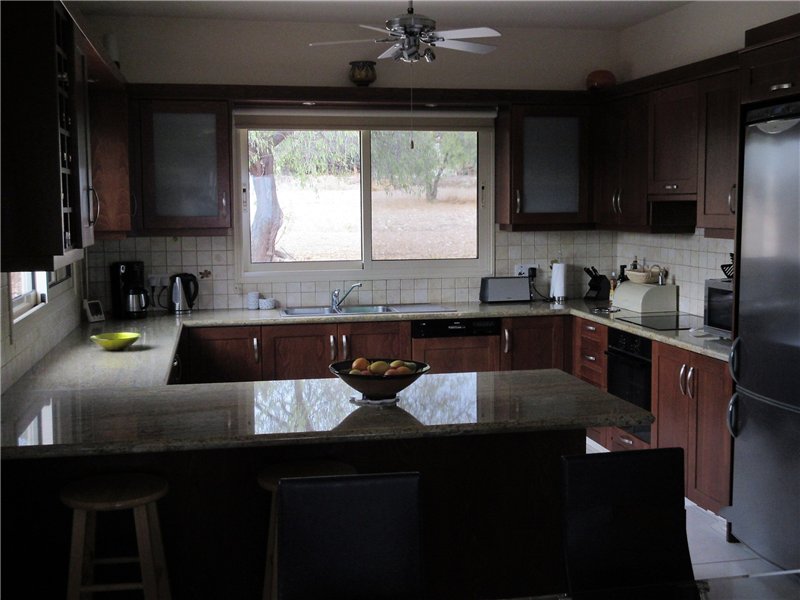 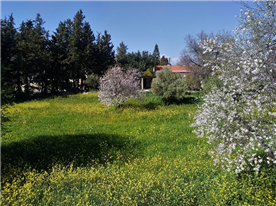 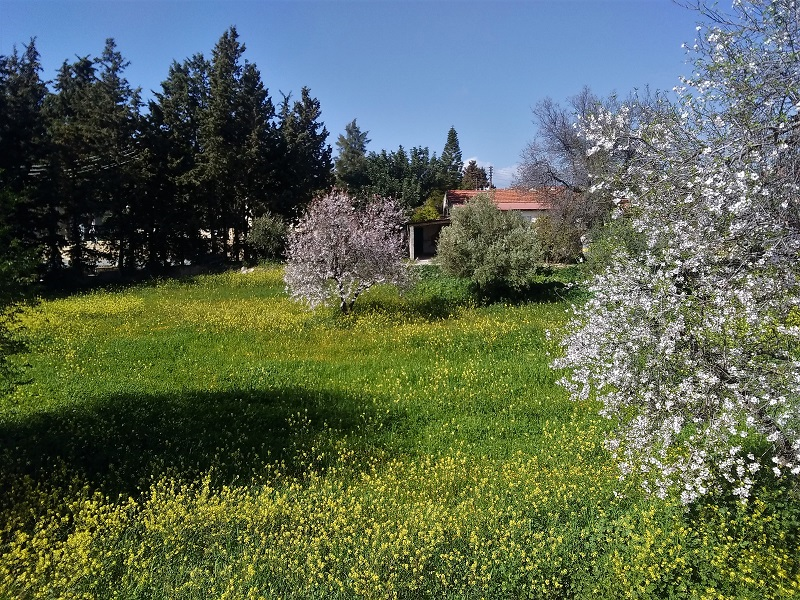 View to the North 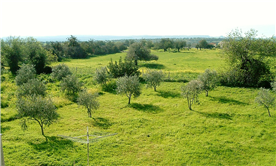 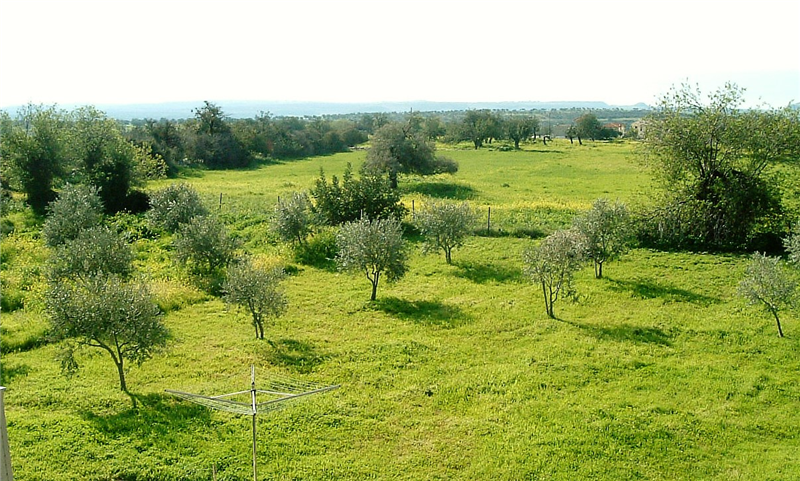 View to the South-East 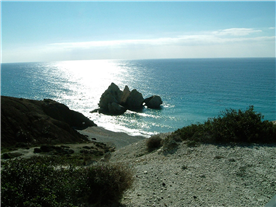 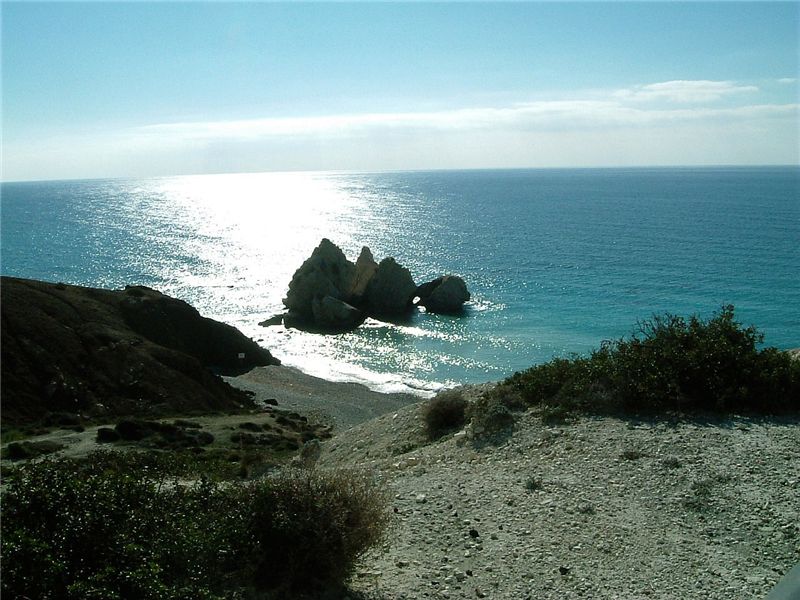 For sale by first owners at an attractive price to enthusiasts for the real Cyprus:

Comfortable and peaceful family home in Prastio-Avdimou on a large plot of land (1338 sq m) with panoramic views over olive groves to the Mediterranean. Watch the sun rise over unspoilt countryside and the glistening waters of the ocean before taking an early‐morning dip in the pool surrounded by the colours and scents of an indigenous flower and herb garden.

Situated at the edge of a traditional Cypriot community midway between the cosmopolitan cities of Limassol and Paphos and only ~ 5 km from the coastal motorway, this 3-bedroom house offers real privacy, yet is only a few hundred metres from the centre of the village and the taverna! Its location at a height of around 350 m provides an escape from the heat and humidity present directly at the coast in Summer, as well as a quick route through the neighbouring wine-growing villages and up into the Troodos mountains.

The unspoilt local beach at Avdimou bay offers 2 waterside dining possibilities and further restaurants, shops and entertainment can easily be reached in the nearby small town of Pissouri. This also has a pharmacy and a good supermarket, as well as medical services. Watersports and diving are available at Pissouri Bay and four golf courses are also within easy reach (20‐50 minutes). Driving times to Paphos and Larnaca airports are around 25 and 60 minutes, respectively.

The property is fully air‐conditioned and equipped throughout to the highest standards, including gas central heating for the short winter period. Upstairs, there are 2 full‐sized bedrooms with fitted wardrobes, a bathroom, a reading corner with wonderful views, as well as access to a roof garden with ample space for sunbathing and relaxing. Downstairs, a third double bedroom equipped with numerous built-in storage cupboards overlooks an 8 x 4 m swimming pool. A shower room with WC and a spacious open‐plan kitchen, dining and living room complete the ground‐floor area.

Full‐length, sliding windows with sun‐reflecting insect protection screens lead onto a South‐East facing patio with varied possibilites for al‐fresco dining, as well as a shaded wooden deck with pergola. Two outbuildings (one including a water-softening system) and a car port adjacent to the house complete the built-on land.

Slightly over half of the existing plot (to the South of the house) presently consists of an olive grove, but is zoned for additional housing at 60% density, thus offering the purchaser an interesting possibility to erect a further building in the future. The house, completed in 2007 and used since then primarily as a private home, can be sold furnished, if desired. It has occasionally been let out in Summer for holiday rentals. Depending on season, the income realized was up to €1000 per week, and the property achieved numerous 5* reviews.

Title deeds to the land and the certficate of building conformity are ready for transfer to the purchaser. Final title deeds will follow after clarification of additional means of access to the property (currently under consideration by the town-planning authorities in Limassol).